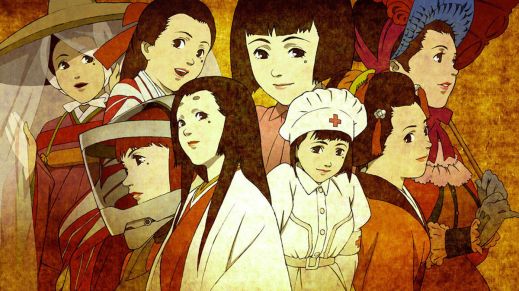 In my previous Satoshi Kon film review, I mentioned that GKIDS recently acquired the rights to re-release his first film, Perfect Blue, on home video, specifically on a much-awaited Blu-ray release. I also discussed how the studio was apparently planning to theatrically release the film sometime in 2019 as a way to promote their upcoming home video release. Now, it has come to my attention that this whole plan may be going underway much sooner than ever expected. There is word that the film is to be released theatrically in the United States through Fathom Events as early as September of this year (2018), next month. So keep your eyes peeled and your ears open for that.

If it is indeed released at that time, I’ll be going to the cinema more than I ever have in a month-long period since last year when Blade Runner 2049 was released and I went to six different cities on six different nights to view it. Through August and September of this year, the itinerary seems to be My Neighbor Totoro 30th Anniversary, Grave of the Fireflies 30th Anniversary, Cowboy Bebop: The Movie 20th Anniversary, The Night Is Short, Walk On Girl, and Perfect Blue. I hope you’ll be able to go see a few of these pictures, and if you’re in the Charlotte, NC vicinity, let me know if you want to meet up to view one of these films at Concord Mills AMC Theatre, and get some Chinese from the food court beforehand (my new ritual it seems).

After the theatrical run and festival circuit was completed for Perfect Blue, Satoshi Kon’s initial idea was to adapt Yasutaka Tsutsui’s sci-fi novel Paprika immediately. However, due to financial problems at the production house who distributed Perfect Blue, the project fell through and would be put on the back burner for a few more years. Instead, Kon opted to create a totally unique and original project, which he co-wrote and developed with Sadayuki Murai, the screenwriter who began his career as a writer on Perfect Blue and would later go on to write for legendary productions like Devilman Lady and Cowboy Bebop before reuniting with Satoshi Kon to work on his second film in 2000. The story they developed is loosely based on an amalgamation of the lives of Japanese actresses Setsuko Hara (of Yasujiro Ozu collaboration fame) and Hideko Takamine (whose career I know much less about), who is now a reclusive, ageing woman with health problems.

A man named Genya Tachibana, who used to work for the same production house as this actress, named Chiyoko Fujiwara, is now also an old man. He now runs his own small documentary production house called Lotus Productions: a name he chose for its connections with Fujiwara, who loved that plant above all others and knew it as a symbol of purity in Japanese poetry (itself adapted from its symbolic significance as a purifying agent in Indian Buddhism). As the old classic studio is being demolished, and Chiyoko has fallen on hard times physically, Genya senses that the new millennium has brought with it a new era, a different time in which the movies of yore will be revered less and less often, and by an increasingly shrinking group of movie buffs.

He feels as if he himself is becoming something of a dinosaur in these new times and that thereby it is his duty to document the life of his favorite actress, the one whose work has occupied his gaze, and the gaze of millions of film-goers the world over, for generations. Genya Tachibana loves, and always has loved and been enamored with Chiyoko. But this male gaze is not the same as the disruptive, paranoid gaze in Satoshi Kon’s previous film. No, this gaze is the very thing that allowed Chiyoko to enjoy a great career as one of the defining cinema icons in fictional-Japan’s cinematic history. It allowed her to run the gamut of roles as a young girl playing in street pictures, to classy young ladies courting gentlemen in early Meiji Japan. She played as princesses and empresses, as samurai and kunoichi in Jidaigeki spanning the Kamakura, Muromachi, and Tokugawa periods, and in her final film role, before disappearing from the Golden Screen and from public life altogether for thirty years, she played in a space opera that has become legendary in Genya’s eyes.

As Chiyoko and Genya converse about the past; the present, the real past, and the cinematic past converge in a kaleidoscopic play on time, memory, and cultural history as the two play important roles. Chiyoko as the actress who began her profession only to track down a young man she met during war-time, a young man she ultimately chased her entire life until she felt too old to do so any longer. Genya as the young man who worked for Chiyoko’s studio and witnessed many of her triumphs, many of her defeats, the young man who saved her life on multiple occasions, and is now bringing meaning to that life once again in her final days. Genya, the man who has always been by Chiyoko’s side but was always ignored, the man who ought to have been her husband instead of the manipulative studio director Otaki. But no, Chiyoko was chasing a romantic dream her entire life over, a dream that often was mirrored by her greatest roles on film, which consequently brought something urgent to her performances and made her the greatest dramatic actress of Japanese cinema’s first full century of art and commercial production, of the world’s greatest and simultaneously most terrifying century, the 20th century.

The film was Satoshi Kon’s first collaboration with the great Japanese electronic musician Susumu Hirasawa, of the legendary band P-Model. Their collaboration would last for the remainder of the decade, for the remainder of Kon’s short life, and would propel Hirasawa to the forefront of the American and Japanese high-art anime consumer markets where he stood, and still stands, as a titan whose orchestral and electronic themes remain unmatched in complexity, in mystery, in mood, and in their ability to heighten the mise-en-scene of a production to an unearthly sphere and level of operation. Within this trompe-l’oeil of a film, Hirasawa’ often disorienting style is most at home.

When I first researched this film and re-watched it for this blog, I came across a bit of news about the acquisition of its theatrical and home release rights by GKIDS, like the aforementioned Perfect Blue. I was excited to report that the film was set for a theatrical release sometime in Autumn of 2019, but if we are lucky, and the earlier reports are true, it might also turn out that Millennium Actress gets a 2018 Autumn release instead. And most importantly, a widely available home video release for I, and American like myself, to spend our expendable income on.

[Next up: Tokyo Godfathers]